Wexford Law was found by Michael Devereux, a highly successful Los Angeles attorney with a remarkable trial record. Michael graduated with honors in economics. He completed post graduate studies in computer science at UCLA. Michael attended the masters program at Harvard University in cyber security. Michael's objective in life is not to do a good job - but to do a great job, so he will either find a way or make one himself.

Michael's success is the result of his amazing presence. His personality is quite unique. Michael Devereux is charming, suave and sophisticated. Michael possesses a simple, but rare quality which puts everyone at ease while taking charge and persuading others to see matters from his client’s perspective. His 6’4” frame commands attention, permitting Michael to hold court, owning the room - basically when Michael speaks people listen.

The formula is quite simple, Michael is prepared, he’s authentic, he’s interested, he’s positive, he’s confident, he’s humble, he’s empathetic, he can quickly adapt, he’s edutaining (a combination of education and entertainment) and he’s an exceptional storyteller. Before becoming an attorney, Michael was a Hollywood writer/storyteller so he knows how to tell a story so that it receives the attention it deserves.

Michael Devereux started his career with Operation Casablanca, the largest money laundering case in US history, while practicing white collar law and forfeiture law exclusively in federal court under the guidance Charles Pereyra-Suarez. After many years practicing exclusively white collar law Michael then departed to the Cochran Firm, with Johnnie Cochran where he began to practice in state court. Before starting his own firm, Michael was engaged on the defense teams in the Michael Jackson and Robert Blake cases with Thomas Mesereau as the lead attorney.

We fight for GREAT results.

Client is charged with attempted murder in tough conservative Orange County for stabbing his wife repeatedly over 32 times. Client took the stand and admitted that he stabbed his wife repeatedly. Jury finds the client not guilty on all counts.

Chicago organized crime figure is convicted of murder in Cook County. Family contacts Michael for the appeal. Michael has the murder conviction overturned.

Off-duty LAPD officer and two of his friends pick a fight with client. Client pulls out his gun to scare off the attackers and then runs. LAPD officer shoots client in the back. Client files civil rights lawsuit and prevails winning a large payout.

A member of the outlawed Vagos motorcycle club is charged by the FBI with several crimes. Client goes to trial in front of an extremely conservative federal judge who refused to accept a negotiated plea deal. Jury acquits client of all charges.

A member of the outlawed Mongols motorcycle club is charged with murder and RICO. Feds file a forfeiture lawsuit for everything, including the motorcycle. Feds lose the lawsuit and all items are returned to the client.

Client Acquitted of Hit and Run With Injuries

Client is accused of a hit and run with injuries. Client is looking at prison time and loss of employment. In a month long trial, Michael's closing was hours long. Jury acquits client in less than 30 minutes.

Clients retain Wexford Law when prevailing is a matter of great importance since clients know that the attorneys at Wexford Law won’t stop until they win. It is your success, our commitment.

We are not satisfied with good results, we fight for great results.

When Michael was in high school, Michael would after school, work the swing shift in a steel mill on the southside of Chicago. It was a job under horrible work conditions. It was dirty, grimy, loud and hot with temperatures consistently reaching over 150 degrees on summer days. It was so loud, that many men would lose their hearing within a couple of years. It was dangerous place where hot molten steel would often cut through a body like a hot knife through butter. Many of Michael's work colleagues were seriously injured - almost on a daily basis. It was there that Michael learned that he would need to study and work hard if he wanted to become more than a workplace casualty.

Michael Devereux didn't have much guidance outside of the typical blue collar family. Michael's father during World War II would be shot at by Nazi planes four or five times a week, but kept it quietly until his early 90s. Michael's father eventually retired from the steel mill. Michael's mother worked at the local hospital for years. Michael was the middle child of five. Michael was first child in his family to attend college and the first child to graduate from college. Michael Devereux graduated with honors in ecomomics.

A career as an attorney didn't come easy. Michael Devereux made many sacrifices. Michael gave up his dream job as a Hollywood writer to become an attorney. Michael loved to fly but had to give up flying because sleep deprivation and flying were in his mind, mutually exclusive.

Michael would drive home, but he was wound up so he wouldn't fall asleep until 1:30 a.m. only to repeat the process again at 6 a.m. This schedule went year round because in order to be eligible to take the bar exam, one had to finish law school within a short period. Thus, not only did Michael have to attend law school four nights a week for four years, but he had to attend law school each summer.

The hard work, the ability to crash 60 hours a week of studying outside the classroom, while working full time and spending five-hours a night in school was a great experience. The ability to put in those many hours a week into school and work, while still receiving honors in one of the top law schools in Los Angeles is what made Michael the attorney that he is today.

The Process of Great Decision Making 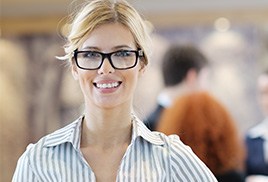 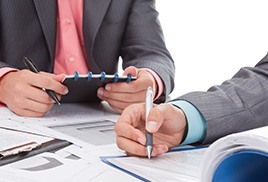 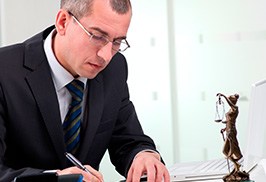 Prejudgments And The Need To Revise 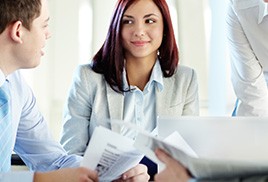 One of The Most Ethical Lawyers I’ve Ever Known...

Let me start by saying I am extremely pleased by Mr. Devereux's work, professionalism, and devotion to his clients. He was very honest and never made any false promises about the outcome of my case nor did he try to seek compensation further than our initial contract. I initially consulted and even hired other experienced attorneys but nothing got accomplished. Mr. Devereux worked on my case for over six months and was able to get my case dismissed which I was told by previous attorneys was impossible. My husband and I are forever grateful for his great work!

Michael came to us when we were in crisis and had just lost 500k in an internet wire fraud hack job by criminals. He lightened us up with good information and follows up. Just a really nice good guy and easy to talk too.

When I thought my case was impossible, Michael came to the rescue. His knowledge of internet forensics is beyond impressive. I cannot thank him and his team enough for all of their hard work.

Mr. Devereux and his firm did an outstanding job with understanding and handling my case. From the initial consultation on the phone, Mr. Devereux put me at ease that the situation could be taken care of. Let me just say that I'm not an educated man, but I do know how to treat people, and I know when someone has a good heart. I would like to personally thank Mr. Devereux for communicating with me constantly during the process, and for responding to my emails and/or phone calls in a very timely fashion. Thank you!!!!

When I had the good fortune to be represented by Mr. Devereux I was reminded that God does indeed work through others. I owe this man my life, literally. Everyone told me my case was hopeless, that I was a fool to take this to trial and this man had faith in me and his ability to give me a fair trial and ultimately an astounding new belief in humanity. Watching him in action was like watching a surgeon save a life.I believed he truly cared about me and my case. I can't thank him enough. Thank you Mr. Devereux!!

Super Lawyer beat the pants off the Prosecutor & the Judge-WINS unanimously in less than 40 minutes of Jury deliberation.

YES, I highly recommend Michael as a Super Lawyer. Michael took my case to the full jury trial because the issue was politically sensitive and he beat the pants off the Prosecutor. The prosecutor commented such and shook his hand at the end. Michael is a fact driven lawyer. He fights to WIN. Although the experience is troubling for anyone to have to go to court, Michael takes the burden away & off the client.