LET US HELP YOU

Domestic violence does not discriminate. Anyone of any race, age, sexual orientation, religion or gender can be a victim – or perpetrator – of domestic violence. It can happen to people who are married, living together or who are dating. It affects people of all socioeconomic backgrounds and education levels.

NO NEED FOR JAIL

Domestic abuse is a pattern of behaviors used by one partner to maintain power and control over another partner in an intimate relationship. Many abusive partners may seem absolutely perfect in the early stages of a relationship. Possessive and controlling behaviors don’t always appear overnight, but rather emerge and intensify as the relationship grows.

Dismissal Is Difficult But Not Impossible

Domestic violence is likely more common than a DUI. It's fixable. But the repercussions can be more harmful than a DUI. Take contronl and be proactive to make the necessary changes before the prosecution does it for you.

This is an important step that 99% of attorneys ignore. This is the stage when the prosecutor will decide whether or not to file charges. Many attorneys ignore this stage because it's less profitable for their effort.

This is a major stage because of two economical factors. One is whether or not the bail amount is sufficient. The other factor is the restraining orderitself because the defendant can be ordered to move away.

Your future depends on this stage since this is the stage were you are likely to enter into an agreement or be sentenced. That agreement may include a criminal record that affects future job opportunities for life. Michael Devereux is one of the more highly respected defense attorneys in Los Angeles. His vast experience, zealous advocacy for his clients and extensive knowledge of many areas of the law make Mr. Devereux the premiere Los Angeles attorney located in prestigious Century City. Mr. Devereux started his own firm in 2004 after working for the Cochran Firm, and assisting with the Robert Blake and Michael Jackson defense teams. As the sole proprietor of Wexford Law, Mr. Devereux has been successfully representing clients for close to 20 years. Former clients, their family and friends repeatedly return to Michael Devereux for help in matters involving appeals, civil rights, cyber crimes, defamation, forfeiture, Internet matters, litigation, restraining orders and white-collar crime. Mr. Devereux loves taking on the government and major corporations.

Domestic violence is a serious crime that can have devastating consequences, including future job opportunities. Domestic violence is likely the most common criminal charge that the prosecutor office sees. Likely more common than a DUI. At Wexford Law we understand that there are two types of domestic violence prosecutors: the prosecutor that seeks punishment; or the prosecutor that desires to see that you become pro-active with the changes in your life. The latter would prefer to get involved as little as possible if you can demonstrate that you can be pro-active. The former would prefer that you sit in jail for your actions. At Wexford Law we will provide you with the strategy to become pro-active. Call today for a free consultation.

Dismissal of a domestic violence matters are rare, but not impossible. There are three opporutinities to have the matter dismissed: 1) at pre-filing; 2) at the trial stage; and 3) after completion of sentence. The biggest mistake that a client can make is not to contact an attorney immediately after arrest. The longer a client waits to contact an attorney, the more likely the costs will increase. First and foremost, if the client contacted an attorney before he bailed out of jail, the bail amount could by 30% to 40% less than what they paid. In addition, a damn good attorney knows how to draft a letter to the prosecutor providing reasons to reject the case. A rejection means that there is no record of the case which in effect never has to be disclosed to anyone, not even to your employer.

The first thing to do is to retain counsel for the reasons mentioned above. In addition, a great attorney will have you sign up for counseling immediately. Not marriage counseling, because that is likely to upset a prosecutor since most abusers tend to blame the spouse. This is counseling specifically for the client. It is desirable that counseling begins before the first court date.

Can Spouse Refuse To Testify

In many cases it doesn't matter because there is a third witness. In addition, there is no marital privilege in domestic violence cases so the court will insist that the spouse does testify, even against their will. The spouse does have certain rights pursuant to Marsy's Law in which the spouse will be held in contempt of court, but there is little penalty. If you are the victim see our Victim's Rights page.

An arraignment is typically a formality. However, at a arraignment that contains domestic violence there are two major issues of concern. The first issue is the bail amount. The second issue is the automatic restraining order which typically contains a no contact provision meaning that someone has to move. For many this creates a financial burden. An attorney is helpful to reduce the order.

Domestic battery. Penal Code § 242, battery is any willful and unlawful use of force or violence upon the person of another punishablen up to six months in jail and/or a $2,000 fine. If charged as a felony then the defendant is facing prison time from 18 to 36 months., along with a fine. Penal Code § 242

Penal Code § 243 is California's statute on domestic battery – defines this offense as a “battery” committed against a person with whom you have an intimate relationship. Typically, battery is punishable by a fine of up to $2,000 or six to twelve months imprisonment in the county jail, or both. Penal Code § 243(e)

If a person commits Elder Abuse or abuse of a Dependent Adult in circumstances likely to produce great bodily harm or death, the crime can be charged as a misdemeanor or felony, punishable by a fine of up to $6,000, imprisonment for up to four years, or both. Otherwise, the crime is a misdemeanor.

Convicted of a misdemeanor battery prohibits the defendant from owning, buying, receiving, or possessing a firearm for a period of 10 years following the date conviction. Penal Code Section 29800 imposes a lifetime ban on individuals convicted of any felony. Moreover, federal statutes impose a lifetime ban on gun ownership and possession for any person convicted of any felony or a misdemeanor crime of domestic violence under certain circumstances.

Results Oriented - Wexford Law is Michael Devereux, Not A Law Firm By Committee

Results matter at Wexford Law. Our approach is client-oriented, and we are committed to providing the best results possible. Some firms measure success by their growth in size. Yet, other firms measure their success by profit. Our priority is to measure our success based upon results. You will not be shuffled off to a junior attorney. Your attorney will have close to 20 years of attorney experience from beginning to end. Our endeavour is to establish long-lasting relationships with our clients so that they can refer us to their friends and family. 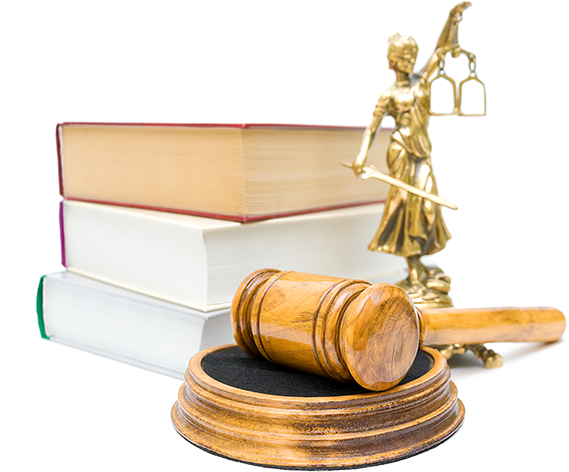 What are lawyer's primary responsibilities?

Lawyers, by virtue of a state's bar admission, are expected to both uphold the law and protect the rights of their clients. In addition to actually knowing the law, particularly within his or her practice area, an attorney must be able to communicate clearly with their clients, work competently to resolve their client's needs and be ethical in the performance of their overall handling of a case.

I can't afford a lawyer. Do you offer free legal help?

Unfortunately no since Wexford Law is not a non-profit entity. However, you may qualify for free legal help if you meet certain income requirements, especially if you are charged with a crime for which the sentence would deprive you of liberty (such as jail or prison time). For non-criminal matters, community legal clinics and lawyers working \"pro bono\" offer free legal services for those who qualify.

May I hire a non-lawyer for a legal problem?

It depends on the situation and the breadth of service since only lawyers may practice law. Paralegals, for example, may represent you in certain situations involving complaints against a government agency (such as a dispute over Social Security benefits). You may also represent yourself in court, hire a notary public, or work with law students (under the supervision of a lawyer) under certain circumstances.

What are the requirements for becoming a lawyer?

To become a lawyer, one must first complete special training and meet other professional requirements. Although each state has its own standards for licensing attorneys, most states require hopeful lawyers to obtain an undergraduate degree and then graduate from an accredited law school. Once the formal education is complete, they must also take and pass the state's Bar Examination (a rigid test of knowledge in all fields of law), submit to the investigation into their moral character and fitness to practice law, and be sworn in by the state or federal Supreme Court. 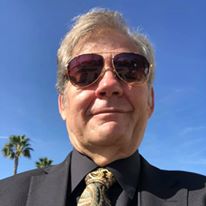